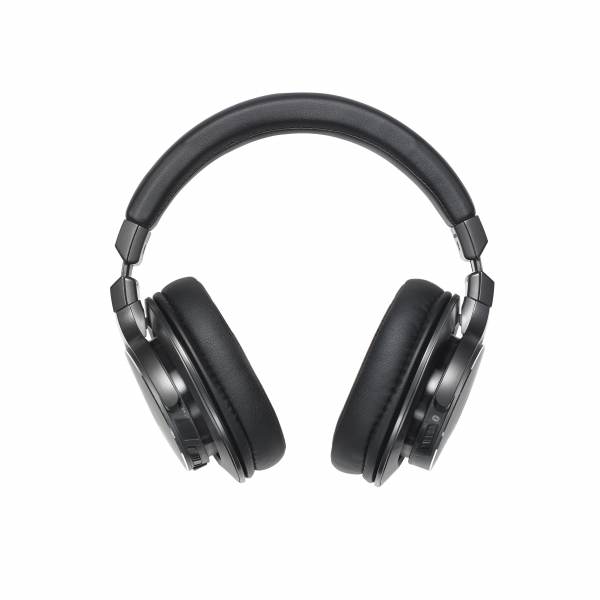 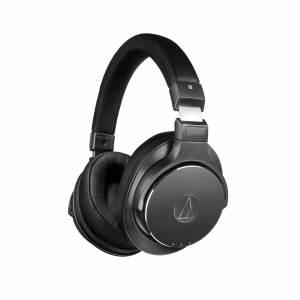 The Audio-Technica ATH-DSR7BT over-ear wireless headphones gift your ears with Digital Sound Reality. These innovative headphones feature Audio-Technica’s new Pure Digital Drive system, allowing them to operate without the sound-degrading D/A converter found in conventional wireless headphones. By utilizing Trigence Semiconductor’s Dnote chipset, the Audio-Technica ATH-DSR7BT headphones are capable of receiving a Bluetooth wireless transmission, processing the digital audio signal and transferring it to the drivers where the digital pulses of the chipset move the voice coil and diaphragm forward and backward to create the sound waves heard by the listener.

The Pure Digital Drive system likewise depends on re-engineered 45 mm True Motion Drivers, which feature specially designed diaphragms and lightweight, bobbin-wound voice coils to deliver incredibly nuanced, high-resolution sound reproduction. A pair of acoustic resistors controls the airflow in front of and behind the diaphragm to ensure a natural, balanced sound, and the entire driver assembly is housed within a layered aluminum structure that minimizes unwanted resonance and isolates the electric circuitry from the housing’s acoustic space, resulting in optimal phase and transient response. 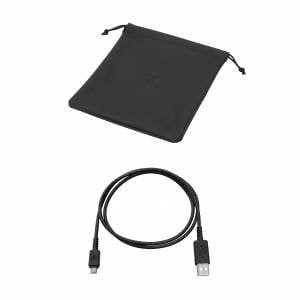 The Pure Digital Drive system also enables the Audio-Technica ATH-DSR7BT to overcome the sonic limitations of conventional Bluetooth wireless transmissions by supporting the 24-bit/48kHz Qualcomm® aptX™ HD codec. (aptX, AAC and SBC codecs are also supported.) The headphones can reproduce Hi-Res Audio when connected to a computer or other digital playback device via the included 2.0 m (6.6′) USB cable.

The Audio-Technica ATH-DSR7BT is equipped with a microphone, volume control and simple tap control for answering/ending calls and playing/pausing music on a smartphone or other device. Three LED indicators allow you to easily monitor pairing and charging status, battery level, and the codec currently in use. The headphones’ internal lithium polymer battery provides approximately 15 hours of continuous use (up to 1000 hours in standby mode) and can be recharged using the included USB cable. 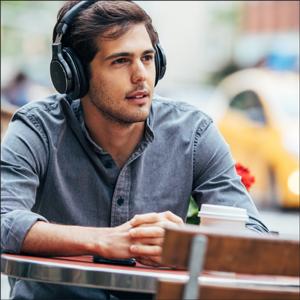 Nothing Holds You Back 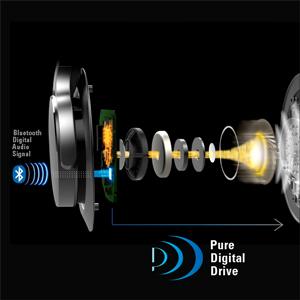 By utilizing a technologically advanced Bluetooth delivery system called Pure Digital Drive, these headphones keep the audio signal completely digital from source to driver for exceptionally pure sound. The digital pulses of the chipset move the voice coil and diaphragm forward and backward to create the sound waves heard by the listener. 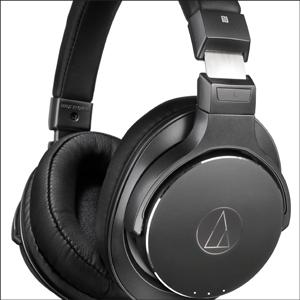 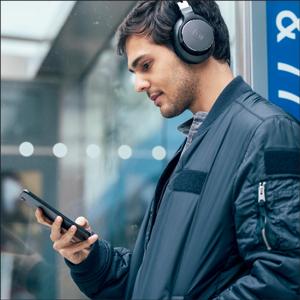 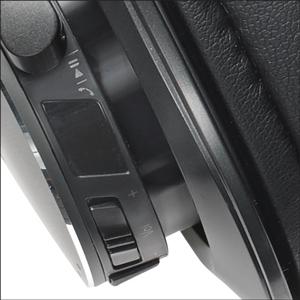 Up to 15 Hours Of Continuous Use

Internal battery provides 15 hours of continuous use (1000 hours on standby) on a full charge. 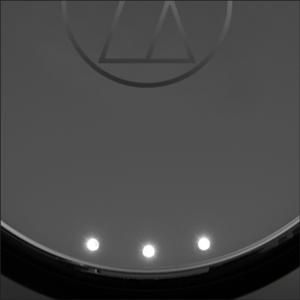 Built-in controller and microphone to let you easily answer calls and control music and video playback.

LED indicators in the earcup display pairing and charging status, battery level, and the codec currently in use. 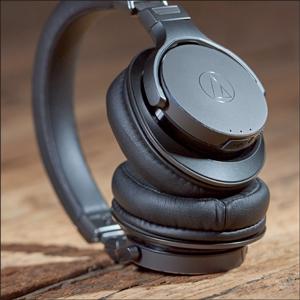 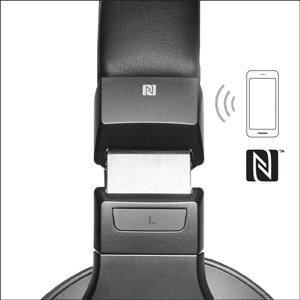 LED indicators in the earcup

Includes a 2.0 m (6.6′) USB cable, for charging and Hi-Res Audio playback, and a carrying pouch

In Brief: The Move to Hi-Res Audio

While many listeners may believe that high-resolution audio came along with the introduction of the Compact Disc in 1982, constraints on the disc’s storage space always prevented CD audio (standardized at 44.1 kHz/16-bit) from fully and completely reproducing the original recorded sound. The advent and subsequent popularity of MP3s only made this problem more pronounced – the necessary compression of these files causes audio information to be lost, thus greatly reducing the audio quality. But with lossless audio file formats, faster Internet speeds, and storage space increasingly easy to come by (and in ever-smaller packages), the push is on to create audio equipment capable of capturing and reproducing true Hi-Res Audio, generally considered to be 96 kHz/24-bit or better. The Hi-Res Audio logo certifies that a product meets the Hi-Res Audio standards. Per these standards, headphones must have transducer frequency performance to at least 40 kHz. As a producer of these types of audiophile headphones since 1972, Audio-Technica is well-positioned to provide audio solutions that meet the demands of Hi-Res Audio media formats, allowing for the full reproduction of their extended sonic characteristics.