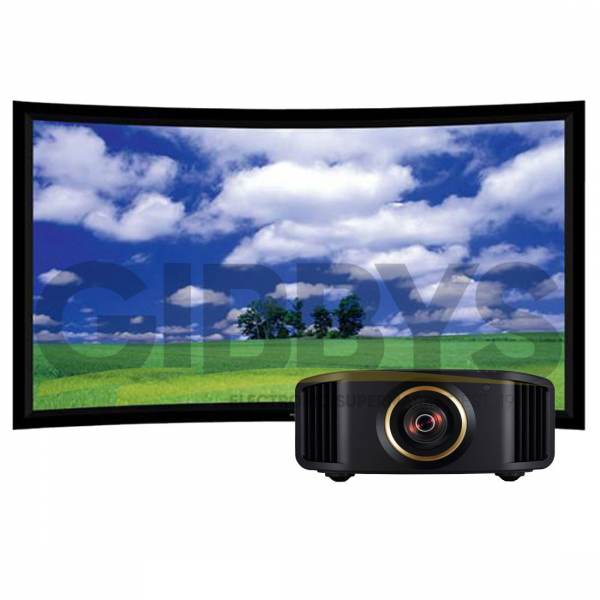 Grandview LFPH120 Prestige Series 120” Permanent Curve Fixed Frame Screen is designed for the most precision and enthusiast oriented applications. It features an advanced aluminum structure with the goal of creating an image made to fit the natural curve of the human eye. The design is created to eliminate problems caused by different distances between the projector and the screen.

Normal projection screens operate on a flat surface although the human eye bears an oval shape as well as differences in focal length. The Grandview LF-PH120 is a light and images reflected by different areas of the screen arrive at our eyes unevenly and thus an final image that sometimes is not a perfect match. With the Curved screen, the bend conforms more accurately to our natural viewing focal length and thus creates an image for the viewer that is a near accurate match to the image. 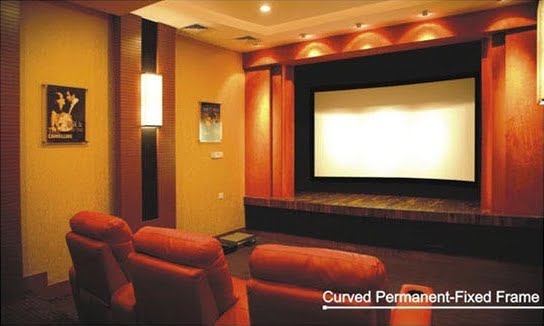 Grandview LFPH120 Prestige Series Permanent Curve Fixed screen is a solution for the size limitation problem that comes with traditional television. The permanent fixed frame brings home the big screen theatre experience. Setting itself apart from other screens, Grandview LFPH120 Permanent Curve Fixed Frame screen features a plane positioning design that ensures equal tension from every side which makes the projection surface as flat as possible.

An adjustable tension system ensures that the screen display surface is completely flat at all times. The flexible material of the screen maintains surface integrity and helps prevent any waves or wrinkles.

The PS HDTV high contrast cinema fabric has a 1.0 gain with a 160 degree viewing angle. The projection surface’s backside is reinforced with a special PVC composite material.

The PS HDTV high contrast cinema fabric utilizes mini diamond veins that enhance contrast and image details while reducing glare. It provides a clear picture at any angle and is superior to traditional matte white fabric in every way.