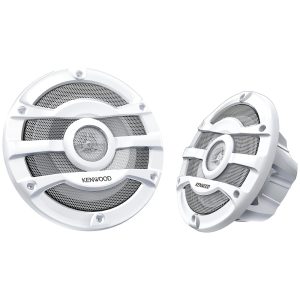 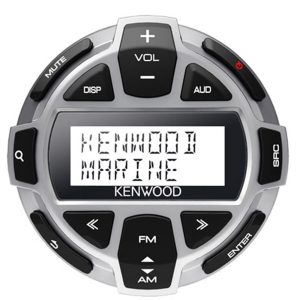 The Kenwood KFC-2053MRW speakers are priced and sold as a pair.

The Kenwood KFC-2053MRW speakers are priced and sold as a pair.

The Kenwood KFC-2053MRW speakers feature injection-molded, water-resistant polypropylene woofer. It also has a UV-resistant rubber surround, which is perfect for all your marine needs..

The Kenwood KFC-2053MRW 8″ marine speakers deliver powerful sound in any conditions, even in the water. These full-range speakers handle up to 100 watts RMS, so they’ll rock your world when powered by a nice marine amp, but they’re also efficient enough to extract maximum performance from your Kenwood marine receiver. They’re a great option if you want full bass response in your boat but you don’t want to install a separate sub.

These Kenwood KFC-2053MRW are built to last, with rugged waterproof polypropylene cones and durable rubber surrounds that won’t give in to high humidity and UV exposure. A sturdy plastic shell protects the basket and magnet against corrosion, while the stainless steel grille keeps debris away from the good stuff.