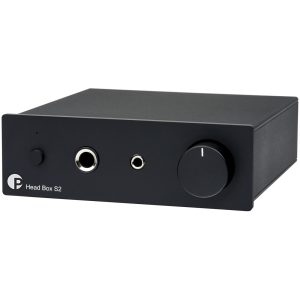 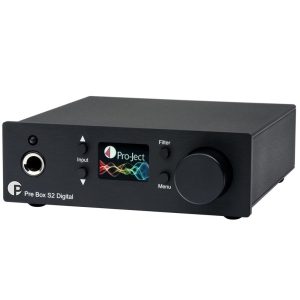 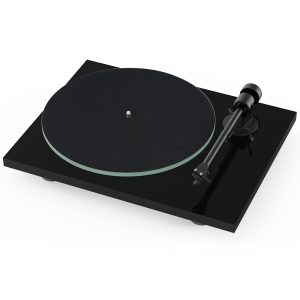 The Pro-Ject PJ65186332 Head Box S2 Headphone Amplifier. When it comes to delivering high-class sound through the output of modern devices such as laptops or smartphones. They all fall short without something like Pro-Ject’s Head Box S2 to help boost their output. They don’t have enough power to reveal the true potential of today’s headphones.

The Pro-Ject PJ65186332 Head Box S2 has enough power to unleash the highest sound quality from any headphone. It features one RCA input for a source of your choice. On the front are two headphone jacks, one 1/4 inch for hi-fi headphones and also one 1/8 inch for modern head– and earphones. For shared listening experiences, both outputs can be used simultaneously.

Its 725mW output power will deliver top-quality sound and enough volume. Even for those who wish to listen with the volume way up! The Pro-Ject PJ65186332 Head Box S2 features a rich and full sound with plenty of dynamics and transparency. Only the best possible components were used to create this one-of-a-kind headphone amplifier.

Fully Made of Aluminum

The enclosure is fully made of aluminum to protect your playback from electromagnetic interference and vibrations, which can cause unpleasant listening experiences. Due to its low price combined with versatility, power, and high-quality sonics Pro-Ject PJ65186332 Head Box S2 is an absolute audiophile bargain!

All Pro-Ject Audio Systems products are produced under the highest possible level of quality control. Every single product runs through a four-hour testing procedure wherein the mechanical and electrical performances, as well as the sound characteristics, are checked. Only when the product satisfies our expert test team may it leave our factory.

Pro-Ject was founded in 1991, during the onslaught of the compact disc and CD players, with the mission to offer the best analogue experience for reasonable prices especially with the Pro-Ject PJ65186332 Head Box S2. In a time where the digital audio media had been on the rise, and vinyl was declared as outdated and dead, Heinz Lichtenegger kept his belief in the simple but best way to enjoy music – turntables.