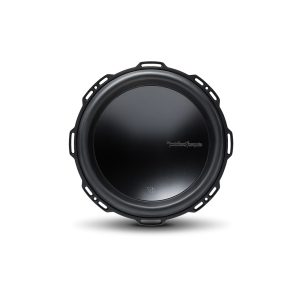 Power Series subs are equipped with Rockford Fosgate’s innovative SWIFTTM terminals, which allow you to design exactly the system you want – high-power or multi-sub — without having to deal with intricate wiring. To choose between 1 and 4 ohms, simply rotate the impedance selection jumper. This impedance selector makes it easier to reconfigure your system if you decide to add another sub later.

The jumper is additionally fused to prevent inadvertent overloading of your sub. You may use these subs in either a sealed or ported enclosure, so you can get the bass you want for your system.

The Rockford Fosgate T1D412 subwoofer has dual 4 voice coils with a jumper to connect them in series or parallel, presenting a 2 or 8 load; the voice coils cannot be wired independently.