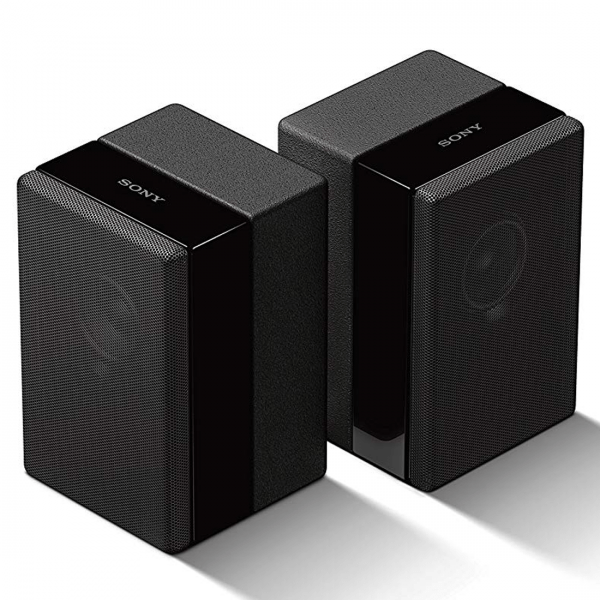 Experience cinematic surround sound taken to a new level with the Sony SA-Z9R wireless rear speakers. These speakers are specifically designed to pair with Sony’s HT-Z9F soundbar to complete the home theater experience.

Experience cinematic surround sound with dedicated wireless rear speakers for the Sony HT-Z9F. Take movies, shows, sports, and music to the next level with these wall-mountable rear speakers by pairing them with your Sony HT-Z9F soundbar. Crystal clear, room-filling sound is packed into two sleek, discreet speakers that blend seamlessly into any home theater environment.

The Sony SA-Z9R rear speakers easily mount to the wall if desired, giving your home theater setup a clean look and feel.